How much worse will Venezuela’s economy get?

AFTER months of opposition protests that it portrays as a “fascist coup”, the government of Nicolás Maduro has reason for grim satisfaction. Using crude, but selective, repression, Mr Maduro has fought the protesters to a state of exhaustion. More than 40 people have been killed, most of them by government agents. The leaders of the opposition’s radical wing are either in jail or have been deprived of a public platform. The president has made none of the concessions the opposition seeks—the freeing of political prisoners and the restoration of bipartisanship to the media, the electoral authority and the courts.
So confident is the regime of its political grip that the ruling United Socialist Party of Venezuela plans to hold a congress next month at which Mr Maduro is likely to be installed as its head—a post still formally held by the late Hugo Chávez, who was also Venezuela’s president until his death in 2013. But the problems of Chávez’s “Bolivarian revolution” are far from over. A survey published last month by Datanálisis, a respected pollster, found that Mr Maduro’s approval rating had fallen to 37% (from 52% in December) and that four out of five respondents thought the country’s situation was “bad”.
The main reason for such despondency is the economy. Despite high and stable prices for oil, its main export, Venezuela is suffering stagflation. Even the government admits that the poverty rate leapt from 21% to 27% last year, mainly because incomes failed to keep up with soaring inflation, now over 60%. These numbers fail to capture fully the deterioration in Venezuelans’ welfare: price controls have prompted widespread shortages of basic goods (the latest hard-to-find item is coffins). The economy is set to shrink by at least 1% this year.
Venezuela is paying the price for Chávez’s insistence on an overvalued currency. Cheaper imports bought him popularity. But with government revenue coming almost wholly from oil, which is sold in dollars, it also meant less money in official coffers. To win a presidential election in October 2012, a dying Chávez ordered an import binge, paid for by running down reserves, issuing debt and printing money to cover a huge fiscal deficit. Mr Maduro’s government must now pay the bill.
Rafael Ramírez, the vice-president for the economy, has started to reform the complicated exchange controls put in place by Jorge Giordani, a monkish ideologue who ran the economy under Chávez. There were already two official exchange rates—one of 6.3 bolívares to the dollar for government purchases of food and medicines and the other of 10 bolívares. In March Mr Ramírez began to offer a daily supply of dollars at another rate of about 50 bolívares. In London this month he told investors that these three rates should “progressively converge”.
In other words, Venezuela will get out of its economic hole by devaluing, as it has so often in the past. Francisco Rodríguez, a Venezuelan economist at Bank of America, has argued in several research notes that much of this adjustment has already happened. By providing fewer official dollars, and by letting the black-market rate go as high as 85 (it is now 72), the government last year forced up the price of many imports. Mr Rodríguez reckons that on average, Venezuelans are already paying around 20 to 23 bolívares for a dollar—not far from a likely unified rate of up to 30. He thinks that as a result, the fiscal deficit will shrink, inflation will stabilise and growth will resume ahead of a legislative election in 2015. The implication is that the worst is over. Provided the oil price holds up, Venezuela can avoid both hyperinflation and a full-blown slump.
This is a useful corrective to the wishful thinking that too often passes for analysis of Venezuela among the opposition and outsiders. But is Mr Rodríguez being too sanguine? Mr Giordani was pushed aside in a cabinet reshuffle on June 17th—an important victory for the pragmatic Mr Ramírez. But he still faces resistance from chavista radicals. Although he has talked of raising the derisory price that local drivers pay for petrol, for example, he has shrunk from doing so. Inflation is a long way from being under control. There are other brakes on growth, too: price controls and government bullying have done so much damage to private businesses that it is hard to see them responding to devaluation by investing.
The dilemma Mr Maduro faces is that to restore growth he must take steps, like further devaluation and relaxing price controls, that will make him even more unpopular in the short term. That risks a resurgence of the protests. The government has weathered one storm, but it is too soon to say that it will be the last.

The Economist
From the print edition: The Americas
Publicado por Unknown en 16:29 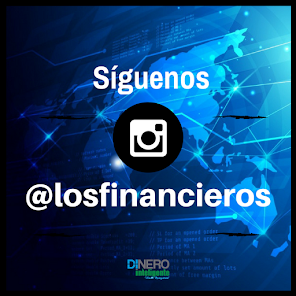 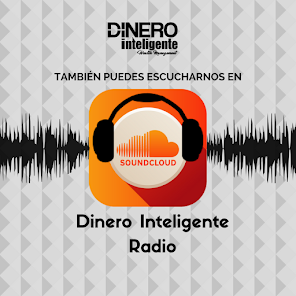